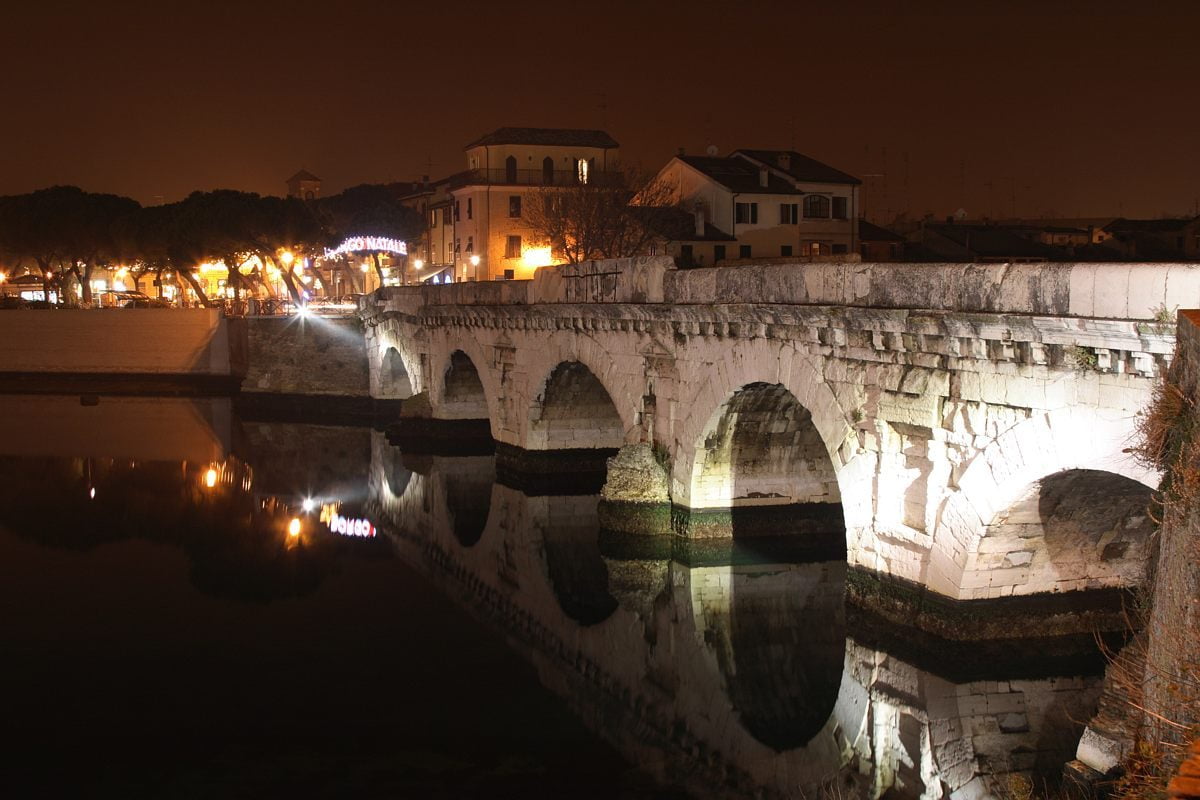 Ancient Ariminum: the Rimini with an ancient heart full of history, art and tradition Rimini has had a long and fascinating history over the centuries. This rich history can be seen in the monuments and characters which have marked its times of greatness and are still world famous today.

A long journey that starts from ancient imperial Ariminum, admirably  epresented by the imposing Arch of Augustus, by the unmistakable profile of the Bridge of Tiberius, or by the solemn ruins of the Amphitheatre, and ends with the Rimini of the 1930s as immortalized by the genius of Federico Fellini’s masterpiece film “Amarcord”.

A Journey to the Past

Turning our backs to the sea, we gaze at the majestic Grand Hotel and proceed to the Fontana dei 4 Cavalli, heading towards the downtown, along the exclusive Prince Amedeo avenue lined with luxurious ancient villas, until you pass the railway and then you have arrived in the heart of Rimini’s historic center.

The Arch of Augustus (the city gate) marks the transition between the sailors’old village, Borgo San Giuliano, dedicated to director Federico Fellini and the historic center.

Domus del Chirurgo (Surgeon’s House): It certainly is the most important archaeological site in Rimini and occupies most of the Piazza Ferrari.

Galli Theatre was the impressive municipal theatre of Rimini from 1857 to 1943 when it was almost totally obliterated by bombing during World War II.
Ancient fishing village “Borgo San Giuliano”: The pride and tradition of Rimini draw their lifeblood from Borgo San Giuliano, the old fishing village so dear to Federico Fellini to make it as his city.

Grand Hotel: Since 1908 it has been the symbol of the Italian Belle Epoque, with its suites and 200+ rooms. The Grand Hotel has hosted aristocrats and celebrities of every age. 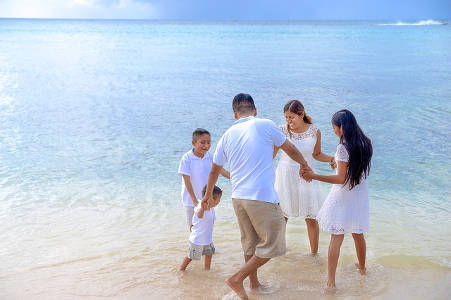 Only in Rimini on the Adriatic Sea, can you enjoy combining a traditional beach holiday with the theme parks of the Riviera for days of pure fun with the entire family! There’s something for everyone. Children as well as parents will love Rimini! 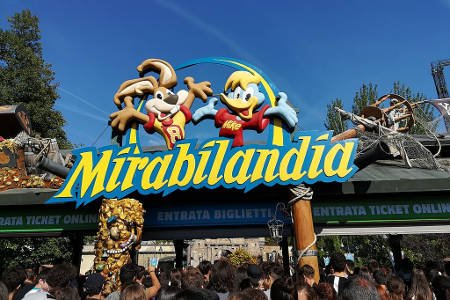 Most of the theme parks are located nearby along the Adriatic sea between Rimini and Cattolica, except for Mirabilandia in Ravenna. The theme parks can be reached in a short drive by car, some on foot or by bike (provided by the hotel). There are organized excursions to all of the parks by private bus. 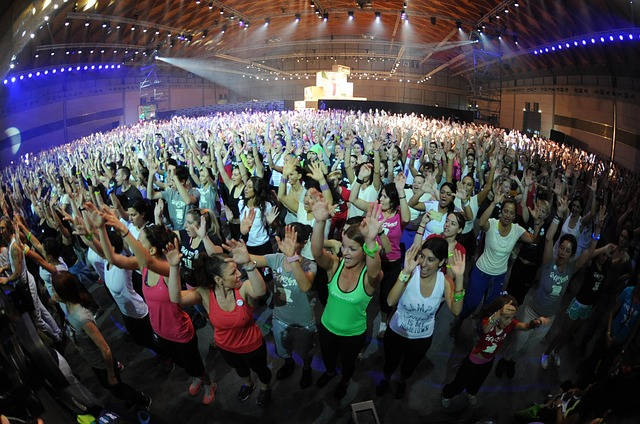 If you would like further information or a personal quote, please fill out and submit the form here on the right and follow the instructions…

If you have children, remember to indicate their age and any special needs.

Contact us and book your room now to ensure a better price. Those who book first, spend less!!!